Optimists are an International sailing class and were introduced to NZ by the late Clive Roberts in 1974. Initially they were designed as a training boat and for many years this was its primary role in New Zealand. The optimist is promoted by the Club as an ideal boat for children aged between 9 and 14 years to learn to sail and develop their sailing and racing skills.

The first Optimists arrived at Howick in 1995. The initial group of sailors were all members of neighbouring Bucklands Beach Yacht Club, looking for somewhere to sail on Sundays. (BBYC used Saturdays as their club day at that time). Howick Sailing Club made them very welcome (even purchased an inflatable so the parents could keep an eye on them) and when BBYC changed their club day from Saturday to Sunday a couple of years later, the fleet chose to remain here.

Learn to Sail and Learn to Race programmes were established and expert coaching is organised for the more experienced skippers. Over the past few seasons this highly mobile fleet has performed very well at both provincial and national levels. At the 2002 Nationals, only three NZ clubs had more representatives entered than HSC.

At the year 2000 National Champs in the Bay of Islands, contested by over 140 sailors, HSC had three sailors in the top ten with Brett Sellers going through to represent NZ at the World Champs in Spain. Competition is getting tougher though every year. At the 2003 Nationals in Picton, Luke Deegan was the highest HSC sailor coming 7th and thus earning a place in the NZ team to contest the North American Optimist Championships in Mexico where he ended up 28th. Sam Marshall came 19th at our NZ Nationals and as a result was selected for the NZ team to take part in the 28th Japan Junior Yacht Club Regatta held in Obama City during August. Sam finished 14th at this event.

Sailors, particularly those in the Open Fleet are encouraged to compete in interclub regattas, culminating in the 2004 Nationals to be held at Worser Bay, Wellington in Easter 2004.

Optimists can be purchased new or second-hand. IOD 95 (fibreglass, one-design) boats were introduced in 1995 and now form the majority of the Open Fleet. A feature of this class is that you can buy a boat “off-the-shelf” and be as competitive as anyone else in the country. Older wooden boats are significantly cheaper to purchase and are ideal for children learning to sail and starting out to race in our B Fleet. The Club Captain or class reps are pleased to provide more information on selection of boats or any other aspect of Optimist sailing. 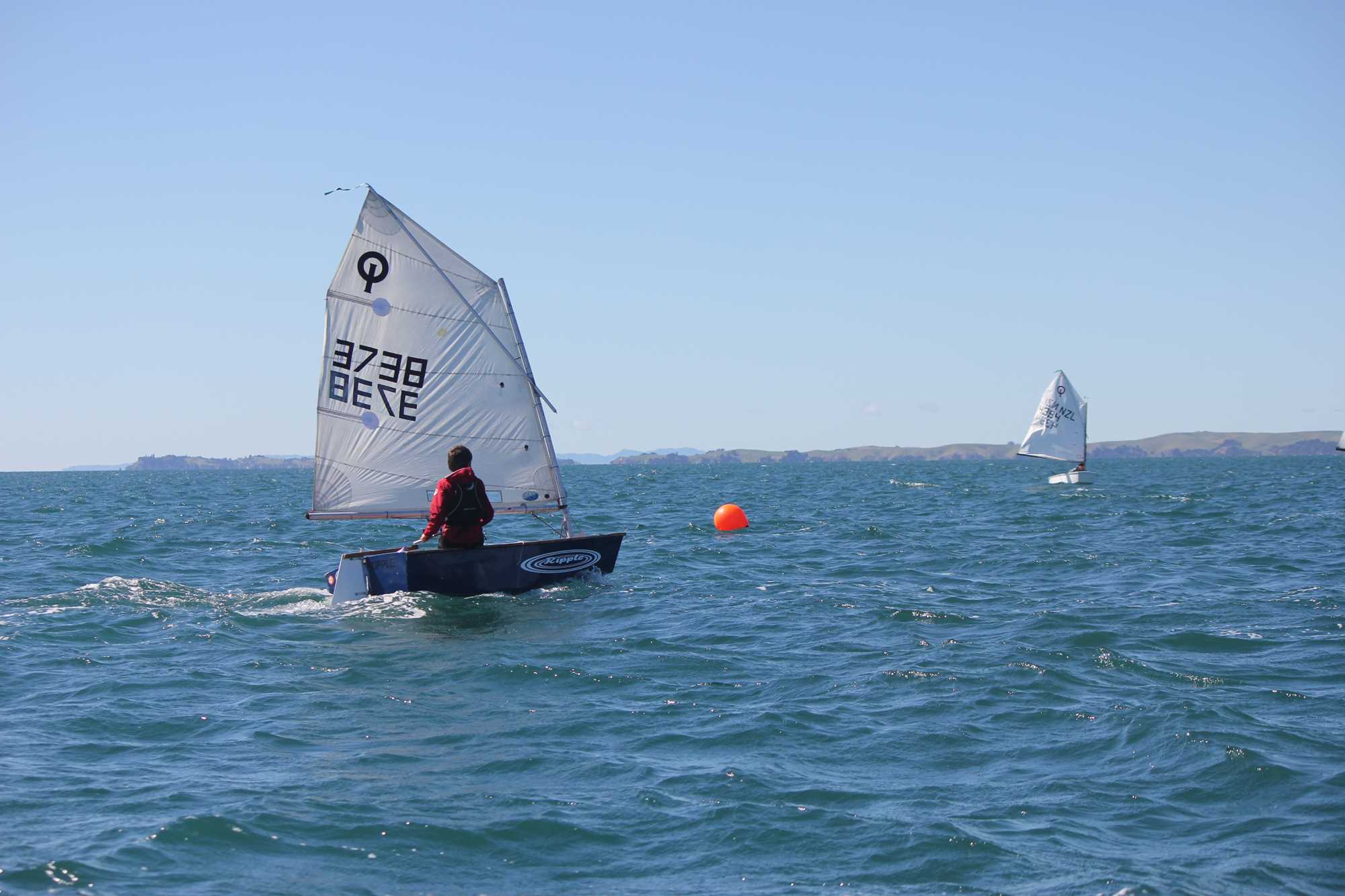